Skip to content
TONI BLAKE will be with GCAA on August 25th  Be sure to register today!!! 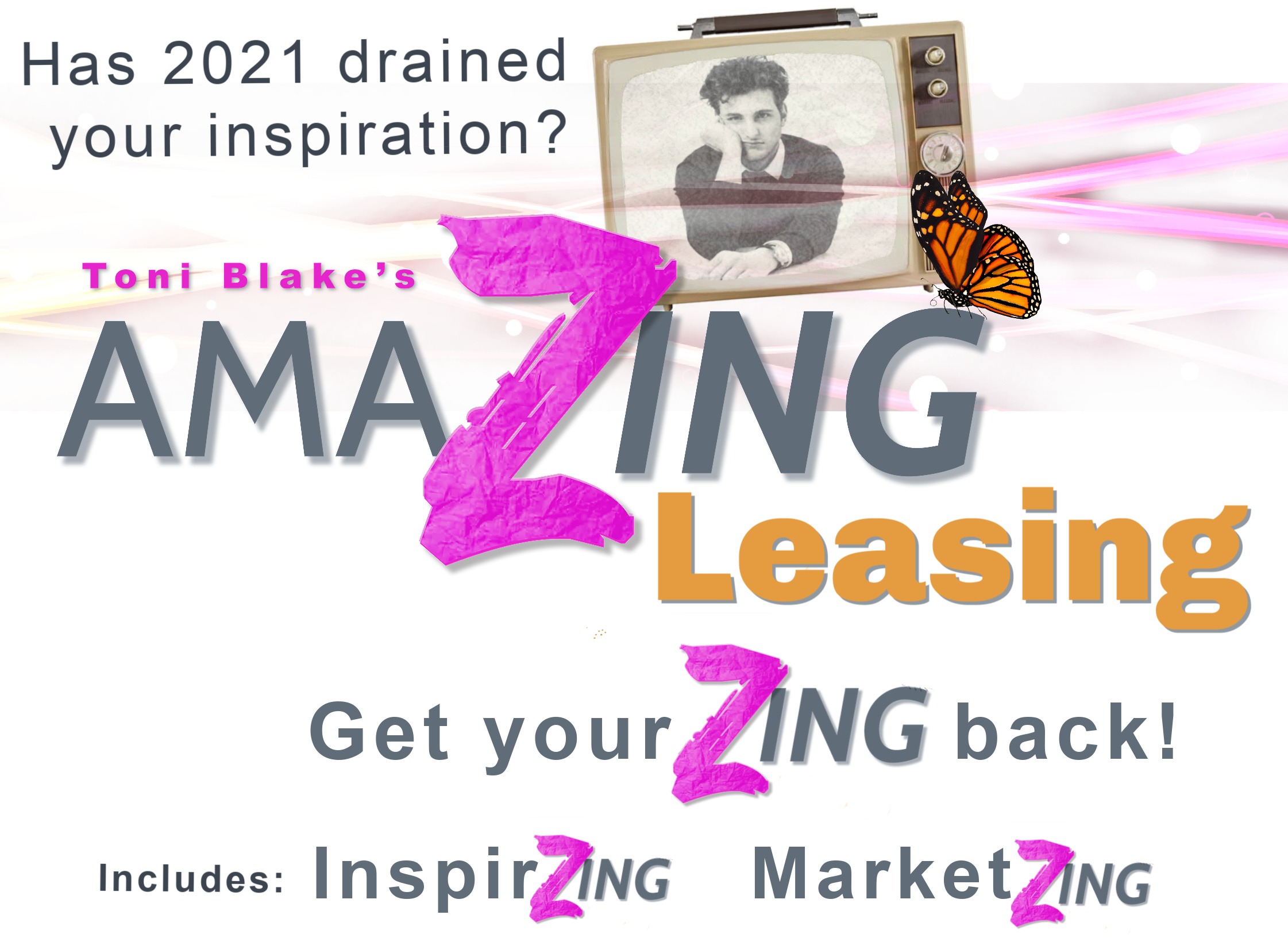 Article from the June 2021 Issue of Military Times

Service members and their families across the country are feeling the sting of the hot housing market as they move to new duty stations.

Many are paying out of pocket for longer stays in temporary lodging, waiting longer for on-base housing and paying hundreds of dollars more per month for rentals than their housing allowance covers, if they can even find a rental.

For many who want to purchase a home, it means offering tens of thousands of dollars above the asking price and bidding against multiple buyers in a fiercely competitive market — and often losing out to higher bidders.

Last week, a family moving from Bahrain to Kitsap, Washington, bid $61,000 over the asking price for a house and didn’t even come close to getting their offer accepted. They were trying to buy a house after unsuccessful attempts to find a rental, they wrote in response to a Military Times callout for service members’ experiences in finding housing this summer.

Their situation now: “We arrive in Washington in four weeks, with three kids and a dog, and so far we have no idea where we’ll go,” they wrote.

According to the National Association of Realtors, the median price for existing homes increased by 23.6 percent nationwide in May, compared to last year, and properties typically sold in 17 days. Many military families are seeing properties going a lot faster than that. But there’s also been a shortage of inventory. And rising home prices are pushing would-be buyers to rentals, which in turn is pushing up the cost of rent. Service members describe bidding wars between tenants.

Service members across the country, from Washington state to Fort Bragg, North Carolina, shared their tales of woe.

“I honestly don’t know what to do at this point,” wrote one soldier. His family hasn’t made their permanent change of station move yet and have decided to push back the pickup of their household goods “with the hope of finding something before we end up homeless,” he wrote.

He’s on orders to Fort Campbell, Kentucky, and they’ve been looking for a rental for more than two months.

“The rental market is so badly inflated that tiny houses are going for far more than [Basic Allowance for Housing] rates, and good properties disappear in hours, not days. … This has been our worst move in over 18 years, and we do not have any hopes of it getting better.”

A number of service members told Military Times they’re being forced to pay hundreds of dollars more in rent per month than their housing allowance covers. One spouse of a Navy E-5 said she and her husband struggled to find housing for their family of five when he got orders to Everett Naval Station, Washington.

Many service members who contacted Military Times are describing the toughest PCS moves of their careers because of the cost and lack of availability of housing. (Army)

“My husband will be deploying, and we had to settle on a place and now pay $600 out of pocket” for rent each month, she said. They were also turned down by some landlords because they don’t earn three times the monthly rent, she said. “I have always known the mission is first when it comes to military life, but my husband should not have to worry about his wife and kids not living comfortably.”

A soldier moving to Fort Bragg hasn’t been able to get housing on post, and needed to get settled in to get his daughter registered for school. He found a rental in the civilian community, but had to pay for the month of July even though they won’t move in until August.

“I was lucky to get a house, as it had 20 applicants within the first two hours,” he wrote. “The house is also $600 over BAH, not including utilities. I also had to sign a multiyear lease or I would have lost to other bidders.”

Most people don’t consider that their writing skills could be a factor when they’re vying for a rental property, but one field grade officer said the landlord required him to provide photos of himself and write an essay to compete against five other applicants. The property near Los Angeles Air Force Base was listed for less than 24 hours before it attracted those applicants.

“I consider myself lucky for finding a rental property that is only $400 over my BAH,” he wrote.

Service members raised a number of issues that are exacerbating the problem, including policies at some installations that preclude them from getting on a housing waiting list until they have arrived at their duty station. They see some of their colleagues going to bases where the policies are different, allowing families to get on the waiting list before leaving their current duty station, which has allowed them to get into housing earlier.

Is help on the way?

Service and Defense Department officials are aware of the struggles finding housing.

“We’re not in a good situation, and we’re very concerned about all of our service members that are PCSing at a time like this,” said Chief Master Sergeant of the Air Force JoAnne S. Bass during a June 28 Facebook “Coffee Talk” Q&A with airmen.

In some locations there’s not enough base housing, and service members are having to find housing in the civilian community.

Normally, changes in the BAH rates go into effect on Jan. 1 each year, and DoD is researching and determining those rates now for 2022.

“What we’ve all said is, that will be good, that will help us on 1 January, but what about all of our airmen that are moving this summer?” Kelly said.

“If we have certain areas that need to be accelerated earlier than January 2022, we can identify those. Commanders out there know this. We’ve given this to the [major commands] so they can identify an area, and we can ask [DoD officials] to accelerate their look at BAH so it happens early. Now it’s already past due, but we need to be doing it now.”

One soldier moving to Fort Detrick, Maryland, from South Korea, said he is having to buy a house when he would rather rent. “The BAH rate went down $3 a month from two years ago, and the rents went up 20 percent,” he wrote. All the rental houses he and his wife have looked at “that would even fulfill my family’s basic needs are over BAH by $200 to $400 or would result in a 45-minute commute,” he said.

Kelly said in areas where there are just no available rental properties or the housing prices are exorbitant, officials can look at adjusting PCS moves. It’s too late in the cycle for many service members, and officials wouldn’t disrupt those who are already in the process. But perhaps those who haven’t started the process yet, or are scheduled to move in September or October, can be delayed if necessary to accommodate the housing market, he said.

Army officials are aware that soldiers may be experiencing problems this moving season because of the nationwide housing shortage and current housing market. The service has created a “Summer Surge” planning cell to anticipate issues and develop mitigating strategies, officials told Military Times.

“Soldiers are encouraged to contact their installation housing managers, who may be able to leverage established relationships with local property-management companies and landlords to advocate for soldiers and families or capitalize on rental partnership programs that give first preference to military members,” officials said. “In some cases, Army housing managers can work with on-post privatized Army lodging managers to set room rates at soldiers’ BAH rates when they are experiencing longer waiting times to procure rental housing.”

Navy Housing Service centers continue to promote Homes.mil, an official DoD website that helps service members and their families find housing, Navy officials said, in response to Military Times questions. It helps housing professionals, property managers and service members find and share information about rental listings, and is a secure site for landlords and property managers who want to market their properties to service members stationed at a nearby base.

CMSAF Bass said officials are also examining authorities related to Temporary Lodging Expense, which is generally allowed for up to 10 days of hotel expenses. Service members wrote of being in temporary lodging for two months or more. One soldier said his family arrived at Fort Hood, Texas, from South Korea on May 10, and moved on post June 14. “Staying in the hotel for that long bankrupted me. The worst part is, there is not exception to policy for TLE, and I will be reimbursed for 10 days.”

He said they were originally planning to buy a house, but the market was too expensive. When they looked for rentals, “the homes in the area are again far over my BAH and out of budget for a decent home in a good area,” he wrote. “Most areas that I could afford had higher crime rates and very poor school ratings for all levels.”

Like this soldier, other service members stationed overseas who have orders to return to the U.S. have been facing particular difficulty finding housing. One senior NCO, a single parent moving from South Korea to Colorado Springs this week, is still on the wait list for housing, and has spent more than four months looking for a home to rent or buy.

“Any house I like I get outbid by $50K over asking price,” she wrote. “It’s super frustrating. The market is ridiculous and our BAH, in this area at least, doesn’t cover a lot. The less desired areas have homes, but then I’m sacrificing safety/security for myself and my child.”

A Navy family moving from Hawaii to Virginia Beach were facing a six-month wait in March for on-base housing, and rentals in the area were higher than their BAH. They turned to buying a house, and put in offers on six houses, including $30,000 over asking price, for example.

“Running out of options and time, we went with a new construction in a sketchy area. A man was murdered down the street from us just the other night,” she wrote. They wanted to secure housing “because my husband was going to be in Mississippi for a while and, with being dual military, I needed to head back to work as well and didn’t want the extra stress of being in a hotel room with two dogs and two toddlers.”

The BAH rates need to be carefully reviewed to increase the quality of life for service members and their families in areas where the out of pocket costs are not realistic, service members said.

“Service members were forced to move to their locations. It should be seamless and as stress-free as possible and cost of housing or quality of housing should not be a concern, ever,” wrote one senior military member making a move from Virginia Beach to Oak Harbor, Washington. “At the end of the day, service members and families have way too many other things to worry about.”

Karen has covered military families, quality of life and consumer issues for Military Times for more than 30 years, and is co-author of a chapter on media coverage of military families in the book "A Battle Plan for Supporting Military Families." She previously worked for newspapers in Guam, Norfolk, Jacksonville, Fla., and Athens, Ga.

White House Calls On States To Do More After Federal Eviction Ban ExpiresAugust 3, 2021 5 Biggest Property Management Challenges on the HorizonJune 7, 2021